After being favored most of the recent football season to win the 2AD1 State crown, then losing to Refugio in the semi-finals, it didn’t take long for key Timpson Bear turfers  to get adjusted to the hard floors of a gymnasium.

The 2A Bears are off to a rousing 11-2 start in the 22-23 season and ranked #3 in 2A by the Texas HS Basketball Coaches Association. 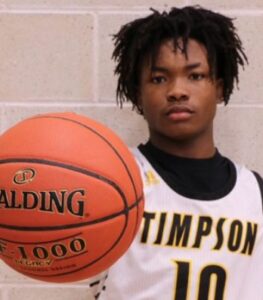 And it’s no surprise who’s leading the Bears; none other than junior Terry Bussey, whom Coach Jason Herring of Refugio has singled out as probably the best all-round football player he’s ever coached against.

The Bears compete in District 23 of Region III along with Beckville (#16), Garrison, Gary, Joaquin. Shelbyville and Tenaha.  The Bears defeated Beckville on December 20th, 63-60.  They meet the Bearcats again on January 24, in Beckville.