We have learned since publishing this article, that Canadian has come close.  In 2017, the Canadian Girls followed the lead of the Canadian Boys who won state basketball titles in 2016 and 2015.

The odds are overwhelming against its ever being done.  They’re overwhelming enough against betting on any one team to win one title in any given year.

But a double-win by one high school is not impossible. (Please inform us if any school has ever pulled it off; we just don’t know.)

This year alone, to illustrate, there are at least *seven 2A/3A schools with highly competitive boys and girls' teams.

Among these, the two squads for Shallowater have but two losses, one each.  The Lady Mustangs were defeated by 5A Cooper 45-31, on Dec. 30th, in the Caprock tournament; and the boys lost their opener on Nov. 16th, to 5A Coronado, 79-60. 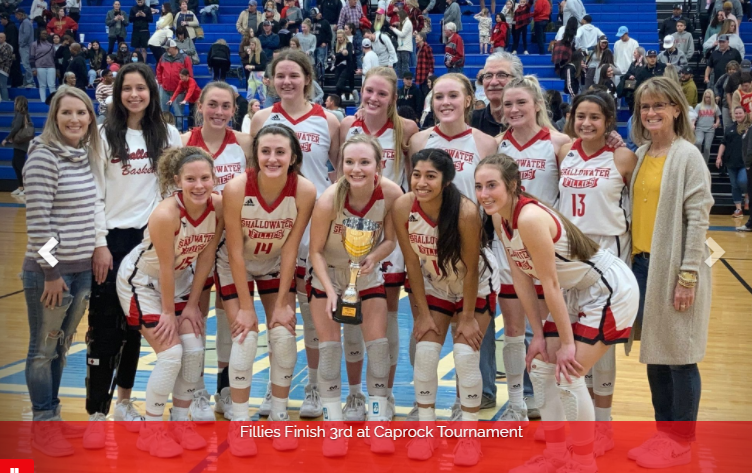 But remember, please:  unlike in football, high school basketball teams seldom go undefeated, even when they win a state crown.

In 2021, for example, the girls and boys champions in 2A and 3A all had at least three losses except for 3A Girls winner Brownfield, which closed out with a  (30-1) record, but Brownfield's one loss was by a big margin, to Amarillo, 81-57.

So, today we are totally unable to  predict anything at all, as district competition has just begun.  But we can say that both the Shallowater Girls and the Shallowater Boys have a shot at a state title.

But let’s dream a little more.  What if both shots hit their target in 2022?  That would be something to write home about!

Titles in 2A/3A/4A Softball Decided; In 2A/3A Baseball, the 8 (4 in each class) Regional Winners Advance to State Tournament