All six have to be delighted to still be competing  for a state title.  Of course, their dreams of such may have disappeared by Sunday, November 20th; but each is to be applauded for having recovered from district and seasonal woes to be going now against "the best of the best."

The circumstances pose a most fascinating question: Which have the best chances to move on to a sub-region matchup?

While we can make no claim to possessing  supernatural prediction abilities, we do think we are entitled, at the very least, to take a quick look into the crystal ball.  My look tells me that Schulenburg may be an Area survivor.

and the same for Blanco. 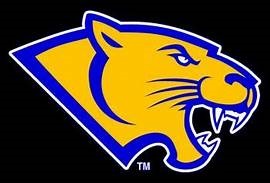 Schulenburg beat a pretty good Mason team in BiDistrict.  In fact, the Shorthorns  had the Punchers under control for most of the game.  Also, a look at Schulenburg's  very strong schedule hints at a wish by the Shorthorns not to  look back but to concentrate now on advancing toward state. Similar comments could be made about Blanco.  Three of the Panther losses were to teams also still competing.

Both Schulenburg and Blanco suffered early losses to Shiner, which, from a playoff standpoint may have been a blessing.  Facing  a truly quality opponent is not anything new for either team.  They've been there.  They know what they have to do.

102 thoughts on “How Far Can the Late-Bloomers Advance?”