Adapting to an Ever-Changing Climate

From Texline on its  northern border to as far south as Brownsville, Lone Star sports are played in all kinds of weather. The Texline Tornadoes and other teams from around the state have indicated as much in their choice of mascots, as, for example:  the Floydada Whirlwinds, the Memphis Cyclones and the Winters Blizzards.

Even the Frost Polar Bears have sought a weather relationship. 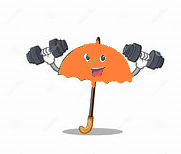 I'm ready for more schools to do the same. Shiner could choose to be the Suns; Refugio, to be known as the Raindrops and Hallettsville as the Humidsters.

Of course, these suggested mascot changes will never happen.  But some schools would clearly be better off and yet more feared.    Imagine Refugio running onto the field  or basketball court with umbrellas in hand.

This, too, explains why basketball championships are played indoors.

672 thoughts on “UIL Sports for All Kinds of Weather”