The return of Major League Baseball took a troubling turn on Monday when a looming threat became reality: an outbreak of positive coronavirus tests within a team.

While league officials said there were no plans to suspend or cancel the season — which began just last Thursday — two games were postponed Monday after the Miami Marlins learned that at least 14 members of the team’s traveling party, including 12 players, had tested positive for the virus.

The early voting period for the November general election, expected to draw record turnout, will be extended by six days, Gov. Greg Abbott ordered on Monday.

Abbott in a TV interview in late May had said he would make the move but hadn’t specified how much extra time he’d allow. Early voting for the Nov. 3 election was originally set to start Oct. 19 and end Oct. 30, but it will now start Oct. 13.

By LORI HINNANT and SAM MEDNICK

HOUNDE, Burkina Faso (AP) — The lean season is coming for Burkina Faso’s children. And this time, the long wait for the harvest is bringing a hunger more ferocious than most have ever known.

That hunger is already stalking Haboue Solange Boue, an infant who has lost half her former body weight of 5.5 pounds (2.5 kilograms) in the last month. With the markets closed because of coronavirus restrictions, her family sold fewer vegetables. Her mother is too malnourished to nurse her. 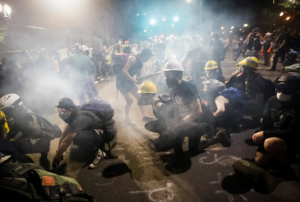 The Trump administration is sending more federal agents to Portland, Ore., already the site of aggressive policing tactics that activists and city officials across the country say are inspiring more-violent clashes and re-energizing protests.

The U.S. Marshals Service decided last week to send more deputies to Portland, according to an internal email reviewed by The Washington Post, with personnel beginning to arrive last Thursday night. The Department of Homeland Security is also considering a plan to send an additional 50 U.S. Customs and Border Protection personnel to the city, according to senior administration officials involved in the federal response who spoke on the condition of anonymity to describe internal deliberations. 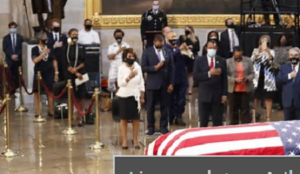 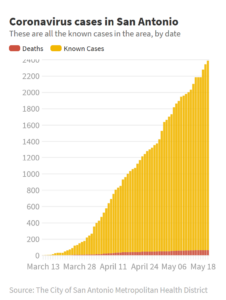