We adore them, No, make that, we love them.  They, our strange, almost incomprehensive new leaders are the very opposite of our hearts' greatest longings.

Indeed,  they are different.  And that has to be the beginning of our story about them.

They're not like most of the leaders of our past.  They've not spent years in preparation for the jobs they most earnestly desire.

This brings us to the 21st-century phenomenon, one Donald J. Trump.

Trump is different from any politician we've ever known.  Only in recent years has he become a politician.  Mostly, he has previously, or so it appears to the average person, he has spent most of his life trying to live up to his wealthy inheritance.  He has been a TV personality.  He has built businesses that have notably failed.  He has lived the high life of a very rich man who considers himself answerable only to himself.

Yes, there is great love and admiration for 'Donald J. Trump.  To many Americans, he is that person they are not:  he's wealthy and famous, plus he has bedded a lot of women in his life, no doubt having more sexual intimacy than about 99% of us.

So, we must accept that we are the do-gooders, the traditionalists, the nobodies of the present if you will.   They are not.  And among them, Donald J. Trump., only he is as perfect as a stable genius can be.

Which means we don't have to be different from who we are.  We only have to tolerate Trump and his kin.

We are who we are, we non-Trumpities, and will likely be such for as long as we live,  unless, unless someone more radically different than Trump comes along to attract and lead a bunch of new crazies

Then, yes, we will be forced to make a decision.  For me, I hope and pray that any new star replacement for DJT will be a football player totally unqualified to do anything else. 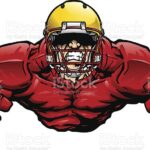 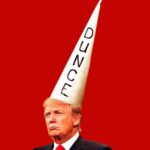 Hope so.  But we haven't learned anything yet.

Thinks are about to get really, really weird.  And if this piece comes across as strange, fine.  You got it.

1 thought on “The Rule of the Crazies”