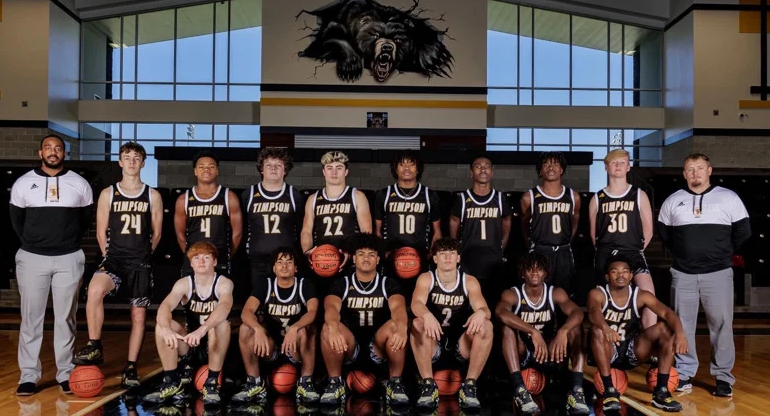 Timpson Coach  Alex  Cloudy  has his Bears playing at an exceptionally high level , so high  that some pundits are predicting a semi-final berth for Timpson in the state tournament, representing Region III.

Knowledgeable fans know, however, that Tenaha,  or "Tennyhaw," as Tex would say,  is a most worthy opponent.  Tonight's outcome  should determine how worthy.

But whatever this evening's outcome,  standouts Terry  and Ja'  should  be around to play some great high school basketball  for another two years.   Both are sophomores.