“Why Johnny can’t read” was a question-answered across our land 50-60 years ago when Americans began to realize their schools were not producing the quality of graduates they aimed to;  it was true, and probably still is, that too many U.S. high school graduates simply cannot read as well as should  be expected. 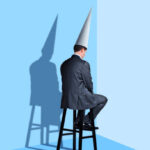 The alarm was sounded too, in the 1960s and 1970s,  regarding the inability of our high school graduates to do acceptably well in the sciences as well as in math.

There have been and still exist, serious consequences.  An under-educated adult population is incapable of making wise political decisions.  Most in the age group have never engaged in moderate, much less rigorous study of our democracy's basic principles. Some followers are perhaps objecting seriously at this point:  "But most everybody knows the 2nd amendment!"

And they do.  But that does not mean that everybody can render the second amendment's most accurate application for the 21st century, as is being grossly demonstrated in today’s media and within SCOTUS, in which there is angry disagreement over the second amendment alone, not to mention over other of democracy's basics.

Collectively, the ever-widening conflicts that have resulted in the USA. they all verify our educational system’s utter failure. 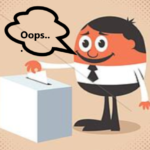 Yes, it has always been the case that the average U.S. citizen was just average in his or her knowledge of the U.S. constitution and how it has evolved historically.  But about 20 years ago, our average citizens stopped trying to choose politicians who did know and understand the history of our constitutional laws.

Thus, we have recently seen rather stupid political things being done, like electing a con artist to the highest office in the land; like insisting that abortion is a legal decision, not a moral one; and like resenting the fact that certain civil rights laws have been enacted and enforced for the benefit of minorities and women.

Examples of voter ignorance in the USA in the 21st century are legion in number.

Toward the necessary corrections, let us remember:  It's not the schools  that have failed.  "It's us!"

1 thought on “Pastor’s Corner: Proof that We’re Not as Smart as We Think We Are”