Lipan is easy to read, a little harder to say: li-pahn.  But to basketball fans around the state the town's outstanding teams are simply known as "The Tribe."

The boys of the Tribe have gotten off to a great start for the 21-22 season (15-0).  Their closest encounter was in the Tenaha Tournament where they had to rally in a big way to defeat football proud Timpson, 58-54.  Trailing by nine with a little over two minutes left in the game, the Tribe outscored the Bearcats 13-0, to close out with their win. 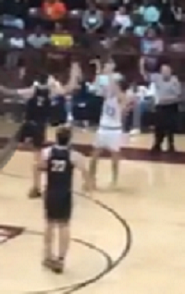 Every team member contributes to the Tribe's efforts, those starting and those from the bench.  Shown here is junior swing guard Garrett Smith sinking a 3-pointer against Timpson.

This week the Tribe should easily take care of Santo (4-14) on Tuesday, Jan. 11, but on Friday, Jan. 14, the team travels into Tolar territory hoping not to be ambushed.

On the feminine side, the Tribe is also doing quite well, at 11-5.

For the geographically uninformed, we point out that Lipan is about 16 miles northwest of Granbury. 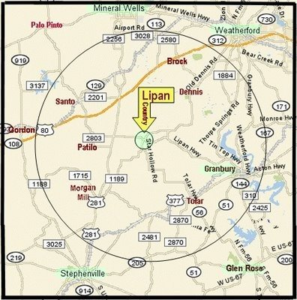 2 thoughts on “Lipan, What It Does Is Basketball”