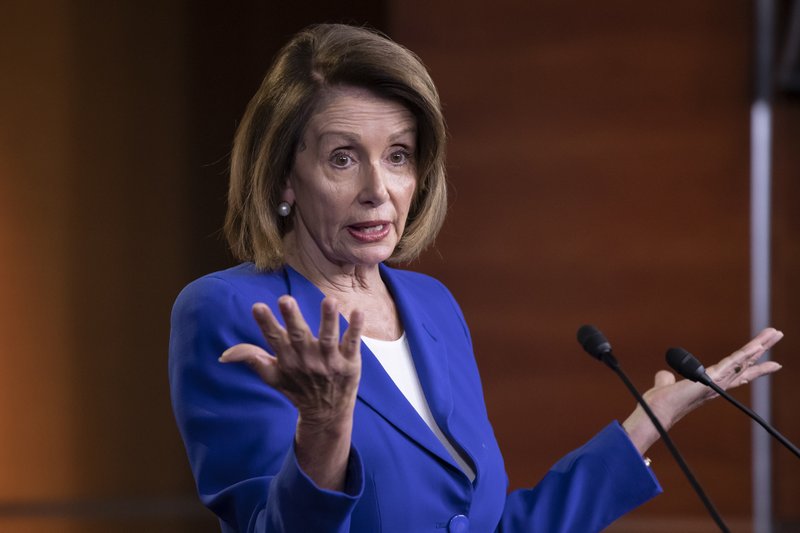 1 of 6
Speaker of the House Nancy Pelosi, D-Calif., talks to reporters during a news conference a day after a bipartisan group of House and Senate bargainers met to craft a border security compromise aimed at avoiding another government shutdown, at the Capitol in Washington, Thursday, Jan. 31, 2019. (AP Photo/J. Scott Applewhite)

WASHINGTON (AP) — House Speaker Nancy Pelosi has declared that there’ll be no “wall money” in any compromise border security deal as she and President Donald Trump signaled that congressional negotiators may never satisfy his demands for his cherished Southwest border proposal.

Trump, who in recent weeks has expressed indifference to whether the term “wall” or something else is used, clung with renewed tenacity to the word that became his campaign mantra, declaring, “A wall is a wall.” Yet in a series of tweets and statements, he issued conflicting messages about what he’d need to declare victory and suggested that merely repairing existing structures along the boundary could be a major component of a triumph.

BLOOMBERG — The world’s biggest pension fund posted a record loss after a global equity rout last quarter pummeled an asset class that made up about half of its investments.

Japan’s Government Pension Investment Fund lost 9.1 percent, or 14.8 trillion yen ($136 billion), in the three months ended Dec. 31, it said in Tokyo on Friday. The decline in value and the rate of loss were the steepest based on comparable data back to April 2008. Domestic stocks were the fund’s worst performing investment, followed by foreign equities. Assets fell to 150.7 trillion yen at the end of December from a record 165.6 trillion yen in September.

Playoff Advantages at Stake in Week 11