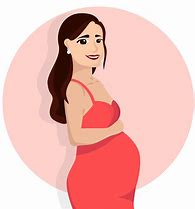 The  Dobbs Supreme Court descision of 2022 that appears to have nullified Roe vs Wade  contains a telling insight that even its supporters do not fully realize;   That insight is:  Future lives count!

Today’s decisions impact both the present and the future.  If  Dobbs holds, individuals faced with a decision about pregnancy, like whether or not to continue the pregnancy of an endangered woman or to end the birth process of that woman to save her life.   Choosing not to end the pregnancy obviously means that the birth of the fetus is made possible.

But the future is more unpredictable than a first reading of Dobbs suggests.  as observablei in the questionz; If non-abortion is chosen for a woman gravely endangered should the birth happen,  will the individual born be as productive as was the life lost in the birth?  A similar question follows:    If the child is not born, what will be the consequences for the pregnant woman and others who may have been involved, like the father of the pregnancy  and the woman’s parents and others affected..

To say the least, the future of the individuals involved when “abortion” becomes a consideration matters greatly, and the consequences are hugely unpredictable.  The lives involved have to be lived, or not lived, for us to know anything, and even then we only know in part.

The underlying and critical qustion is:  How will an “abortion” decision best affect the future?.

Answer #2:  But we do know, with certainty, what the possible conseqences of our present decision will be:  homelessness for the new born, or a healthy adoption, o possibly  disgrace for the mother and the father, if known, plus other mostly negative results.

Our first thoughts at this point are:

Wanted children, on the other hand, may be well raised, but there’s no pre=certainty about that possibility.

The central question remains:  what are the best choices in the present that will contribute to a more fulfilling life for the individuals involved. including that of the fetus?

I cannot answer that for the persons affected.  And as obvious.  I am not God.

108 thoughts on “A Pastor’s Insight: The Awesome Truth that Anti-Abortionists Unknowingly Advocate”